–  “Across the Universe” by The Beatles 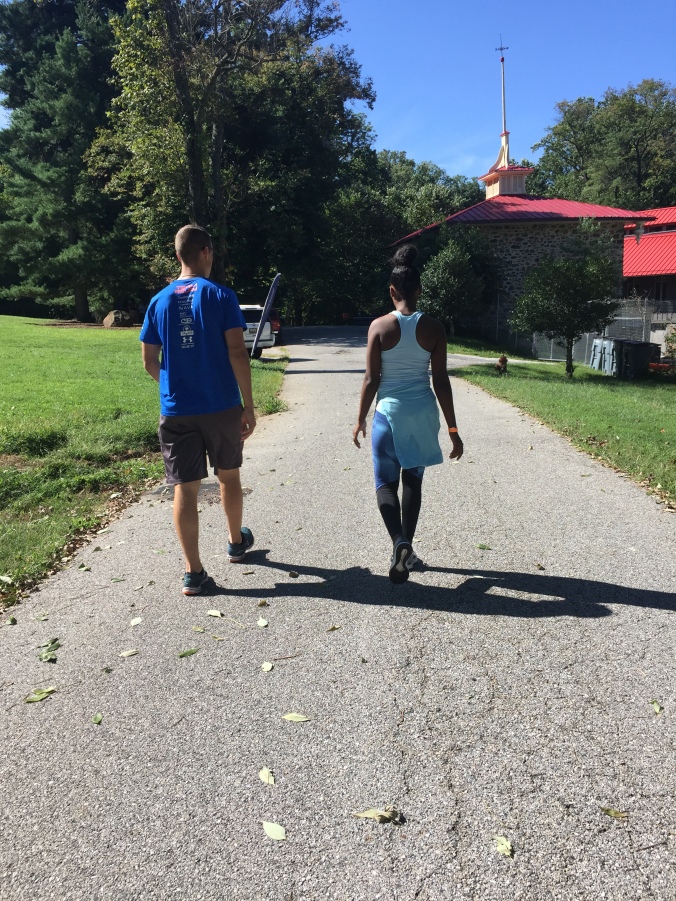 This is one of my scholars walking with a Baltimore City Police Officer. Never did I think I would see this sight. One of my girls, who has had numerous traumatizing interactions with cops, knows people who’ve been blatantly and wrongfully mistreated by cops, walking next to one talking about her goals for the future. This is hardly a problem solved. But it’s a start. Maybe a tiny one. But a start nonetheless. And it makes me think.

It doesn’t have to be this way.

Humans, sometimes I think that all we need to hear is that the way we’re proceeding is not the only option. Sometimes we just need to remember that stuck-ness is often more of a choice than an imprisonment. “I can’t do this because I have never done it before” is not valid reasoning. And “That’s not how we do things” or “But this is what I am used to” are lame excuses.

This thought, It doesn’t have to be this way, came to me the other day in a restorative yoga class. We were in a katonah version of half pigeon with all kinds of props–typically a very still posture–the teacher said to us, “Feel free to move around and keep playing with how this feels. Just because you’ve arrived doesn’t mean you need to remain the way you are.” Now, humans, I know she meant this in a totally literal way. A still posture doesn’t need to stay completely still and in yoga we get no points for being the most stagnant. It makes us no more peaceful than the chick on the next mat over. But I immediately thought of all of the ways that, we, we people, can be so stuck in our ways and our patterns and our jobs and our relationships and our “two cream, three sugar.”

And really, what more makes us human that our dynamic nature? Our ability to evolve? Our, quite honestly, lack of control of our own evolution: aging and growing and shrinking and graying and wrinkling and changing?

So, just because you’ve arrived, doesn’t mean you need to remain there. It doesn’t have to be this way.

When I thought about this, I did some googling. I came across an article called “America Doesn’t Have to Be Like This.” In it, the author, an Isreali American, Ilana Masad talks about our American political system, “It didn’t have to be this way, but this is how it is: there are still myriad ways in which minorities and marginalized people in the US suffer systemic oppression, and there is still so much money in politics that it boggles the mind and seems like an obvious, glaring flaw in the system. And so, what to do?”

And boy, do I hear her! I remember visiting the Vatican for the first time after 20 years of being Catholic and thinking of all of the pleas for the poor box and donations at church when the Catholic Mecca of sorts is quite literally coated in gold.

So it’s amazing, in the real sense of the word, that we have created a political system in which campaigns raise millions or billions of dollars for ads and attack ads; candidates spend years and careers preparing; and teams of people work toward one election. All of this to elect a person to “help” better any given neighborhood, town, city, county, state, country when that very money, those very resources, that immense energy could be enough to do just that.

And because it’s been this way, it keeps being this way. But does it have to?

I don’t pretend to have the solution to our pitiful political system and the most I’ve decided about the Vatican is that we could get a really tall ladder and some of those paint scraper things and just get some of that gold off of that ceiling. We will trade the gold for cash and give out micro loans in the world’s poorest communities.

But we all have ways in our lives that we can adjust, revise, adapt, bend, re-try, start over, etc. So maybe this mantra can help lead you where you’re headed or at the very least, shake you out of a pattern that isn’t serving you.

And as much as I loved “Across the Universe,” I think The Beatles were wrong when they said “nothing’s gonna change my world.” Frankly, they were on LSD by then and praising the Maharaja.

I’d argue that you are gonna change your world.

In the name of growth and dynamism and acceptance and love and forgiveness, 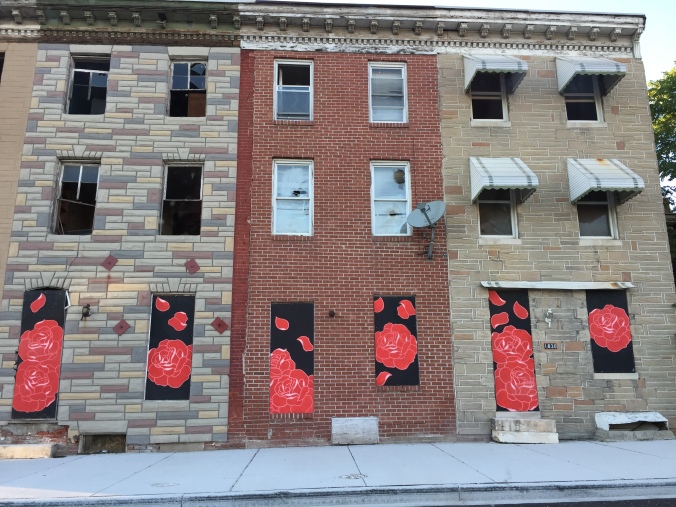 One optimistic (sort of) use of boarded windows and doors. #Baltimore

PS: Here are some tangible ways to make changes that I’ve shared with you in the past.

2 thoughts on “It Doesn’t Have to Be This Way”