Even typing this piece feels a little scary, a little close to the vest for me. It’s less scary to write about topics that are not controversial. But I don’t want fear to guide me. And I don’t want it to guide you either.

If you say the line “be not afraid” in a room that contains at least one Catholic or recovering Catholic, expect that person to burst into song. If you say it in a room full of Catholic school kids, current or former, you’ll get a chorus. I dare you to try. Be not afraid. 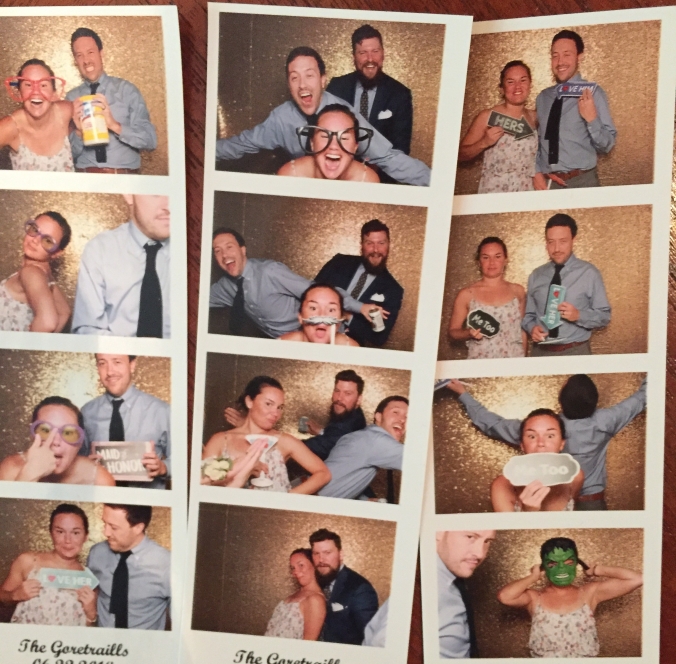 Throwing these in to soften a tough subject. Why not?

I first heard the above line from Marianne Williamson’s poem in the movie Akeelah and the Bee, a movie that’s much more about spelling than it is about fear. I saw Akeelah in the theatre and I remember going home to google the source of those lines. I don’t think I fully understood Williamson’s message at the time but I knew I felt it in some deep way in my heart. I honestly, and this will sound melodramatic, didn’t start to stand in my own greatness until very recently. And the cause? I would say that it was fear. Fear of rejection, of looking weird, of being perceived in some way I didn’t want to be perceived, of not being taken seriously, of being taken too seriously. Just fear. Amanda four years ago wouldn’t have taught yoga or written her own job description or driven all over Baltimore City to take kids to birthday parties or sung karaoke or written a blog or done a lot of things I’ve leapt into recently. So fuck fear.

More than ever, I am now realizing just how much humans are driven by fear and I don’t exempt myself from that. But I’m working on it, and this isn’t about me, for once. No, this is about Mitch McConnell. Kidding–sort of.

Lately our nation and our world have seemed utterly obsessed with what haunts us. Maybe “lately” isn’t even right. But fear feels like it’s running higher than usual. This fear bubble, and that could be a hopeful way of seeing it, feels sweaty and hot and there are mosquitoes inside and and we’re trapped. Rather than the people in power in our country recognizing that they are being driven by fear and that they’re playing on the fears of constituents when they campaign, they’re pretending that their decisions are based on ration and logic and law.

When we hear the cries of the children ripped from their parents at the Mexican-American border, when we see Trump’s random and polarized (both ends) tweets about nuclear war, when we hear Mitch McConnell say…anything, all we’re hearing is fear, fear, fear. When we block human beings pleading for asylum from entering our country because a tiny faction of them are potentially dangerous, when we say “Nope, not you” to those fleeing war and things we cannot fathom here, when we look in the eyes of someone saying “My husband is beating me” or “A gang is trying to kill my family,” and say, “Nah, maybe some other time,” this is fear, fear, fear.

So that’s the macro level. I could write dissertations on the fear that is driving our country and our world in 2018. But on the slightly more micro level, fear is powerful here too.

I found this from Psychology Today: “In 1971, George Johnson, a New York City policeman, arrested a man who was in a Times Square office building rifling through coats looking for money. Rather than call a paddy wagon, Johnson walked the man ten blocks across town to his precinct. The suspect accompanied him peacefully. As they walked, they smoked cigarettes and talked amiably. When they arrived at the station, Johnson learned that his arrestee was a wanted criminal with a history of attacking police officers. When asked by fellow officers how he managed to get the man there, he attributed the perp’s placidity to having been treated with respect.”

The author says he can’t imagine that happening today. And frankly, can you? Imagine the decline in police involved shootings if cops were able to take a beat and just talk it out with the person before shooting. In almost all of the cases I’ve heard about, fear is the officer’s reason for shooting. Some may have been legitimate threats–albeit no judge, no jury, no due process, no weapon–but overall is it fair to let one’s personal fear drive a decision? Whether or not that fear is grounded in reality, people are dead. Cops are sometimes shot for the same reason, but the fear’s on the other end.

One of the podcasts I’ve been listening to lately is Embedded. The host, Kelly McEvers, has been featuring police officer body cam videos recently. In this episode, a patient in a mental health facility is sitting in the middle of a street in Miami holding a toy truck. His caretaker, a black man, is trying to get him to return to the facility and get out of the street. Why on earth would that end in a shooting? Well, it did. I’ll let you guess, or just listen.

Some of the stories we hear about over and over again are the exception, right? So they’re broadcast and repeated and analyzed by talking heads because they’re rare or they’re “out there” rendering them interesting and useful for the news cycle. But let’s admit that these exceptions are becoming pretty freaking common.

Well, here’s another exception. In Toronto a police officer is face to face with a perpetrator he believes is holding a gun. And he talks him down. Peacefully. He takes his fear, just guessing, and prioritizes life.

On more micro level, how often does fear guide our lives, even our daily lives? Does it guide where we live, whom we befriend? Does it guide the interactions we have, the people we greet, whom we’ll let in?

Sure, there are times when fear is important. Maybe a security system is a smart buy, a car with certain safety features, avoiding suspicious people, not walking alone at night. Fear is part of our biological make up for many reasons. Our fight or flight response is part of the sympathetic nervous system because we need it to be. We needed it when we were hunters and gatherers dodging lions or any range of now extinct creatures with sharp teeth. And now we’ve taken that physiological need and applied it to one another–yes, sometimes for good reason.

I think it’s worth stopping and thinking: Am I avoiding this person because he/she/they is different from me and that scares me? Am I saying no to this opportunity because it’s not something I’m used to and that’s freaky? Have I said no to a tough conversation because I’m afraid of what I might find out? What am I missing out on because of fear? What power is there inside of me that I keep there because I’m afraid to let it out?

From the perspective of humanity and being a member of the community of planet earth, I think fear serves us much less often than compassion and love do. But it’s up to us which to listen to.

3 thoughts on “Say No to Fear”